The U.S. Food and Drug Administration has proposed new rules to ban the manufacture and sale of menthol cigarettes. But with the dangers of smoking so well-known, why the current focus on these specific tobacco products?

According to the U.S. Centers for Disease Control and Prevention (CDC), the tobacco industry is targeting Black Americans with menthol cigarette marketing through advertising, giveaways, special pricing, lifestyle branding, and event sponsorships of rap, hip-hop and jazz artists. The goal is to get Black young people addicted so they become customers for life. 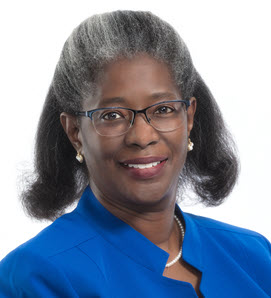 “Nobody inhales cigarette smoke for the first time and thinks it feels good,” says Gina Cuyler, MD, FACP, vice president of health equity and community investments at Excellus BlueCross BlueShield. “That’s why tobacco companies seek to take the harsh edge off that initial experience so first-timers will continue to sample the product and get hooked.” The nicotine in cigarettes is highly addictive and adding menthol creates a cooling sensation in the throat and airways, making the smoke feel easier to inhale.

Menthol is a chemical compound found naturally in peppermint and other similar plants. According to the CDC, some research shows that menthol cigarettes may be more addictive than non-menthol cigarettes because menthol can change the way the brain registers the sensations of taste and pain.

So how successful are the marketing efforts to the Black Americans? More than 70 percent of Black young people ages 12 to 17 who smoke use menthol cigarettes, and Black adults have the highest percentage of menthol cigarette use compared to other racial and ethnic groups.

In 2019 and 2020, sales of menthol-flavored cigarettes made up 37 percent of all cigarette sales in the U.S.—the highest proportion in 55 years.

“Projections from the U.S. Census Bureau show the death rate for Black Americans is generally higher than white Americans for heart disease, stroke, cancer, asthma, influenza, pneumonia, and diabetes,” says Cuyler. “Smoking contributes to each of those conditions.”

Evidence from other countries supports the public health benefits of banning menthol cigarettes. After a 2017 law prohibiting their sale was implemented in Ontario, Canada, adults who smoked menthol cigarettes reported high rates of quit attempts and quit successes.

“We need to educate the public, especially people of color, about this effort by tobacco companies to create nicotine addicts in our Black communities,” advises Cuyler. “All young people deserve to live tobacco-free lives!”

Excellus BlueCross BlueShield, an independent licensee of the Blue Cross Blue Shield Association, is a nonprofit health plan with 1.5 million upstate New York members. The company's mission is to help people live healthier and more secure lives through access to high-quality, affordable health care. Its products and services include cost-saving prescription drug discounts, wellness tracking tools and access to telemedicine. With more than 3,500 employees, the company is committed to attracting and retaining a diverse workforce to foster innovation and better serve its members. It also encourages employees to engage in their communities by providing paid volunteer time off as one of many benefits. To learn more, visit ExcellusBCBS.com.

ROCHESTER, NY – The new year is a great time to focus on overall wellness and take steps to improve in all areas of life. “Each day presents a new opportunity to practice self-care,” says Dr. Geoffrey Hopkins, senior medical director of behavioral...

Heart attack or cardiac arrest? How to spot, and what to do

You’ve heard the terms “heart attack” and “cardiac arrest,” but do you really know what they mean? Each describes a life-threatening cardiac event but understanding the difference could help you save someone’s life.   Lorna Fitzpatrick ...

Excellus BlueCross Blue Shield announced today the recipients of its 2022 Health Equity Awards. The awards represent more than $560,000 in financial support for community programs that address racial and ethnic health disparities across its upstate...

Recognizing structural racism as a driving force of health inequities and a barrier to its goal of health equity, Excellus BlueCross BlueShield invites nonprofit organizations to apply for Health Equity Awards of up to $30,000 each to help fund...

Scammers may try to trick you out of your private information. Excellus BlueCross BlueShield has several tips to help you avoid scammers and stay safe. “All of us should be vigilant year round, and even more so in the fall during open enrollment...